Here’s introducing you to a few of our favourite female protagonists who are undeniably sexy, but far from being helpless damsels in distress waiting to be rescued. 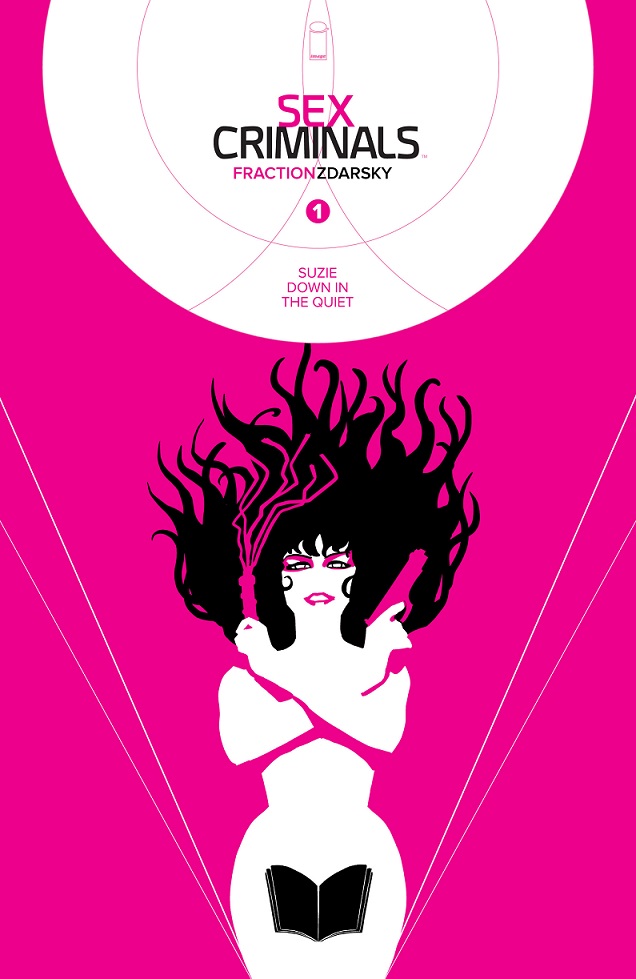 Written by Matt Fraction and Chip Zdarsky, Sex Criminals is about a young Suzie who can stop and control time when she orgasms. An intimate narration that depicts “coming of age sexually”, this graphic novel is not just about how the protagonist ‘came’, but also one that helps readers understand the complex world of sex discoveries – some good, and some heartbreaking. With the progress of the story, you realise that Suzie has a similar mate in the form of John – and the two young lovers choose to take advantage of their ‘superpower’ to rob a bank! Winner of an Eisner Award, though this book is about sex, it is amazingly tender and beautiful, minus any obvious raunchiness.

Death from Death the High Cost of Living 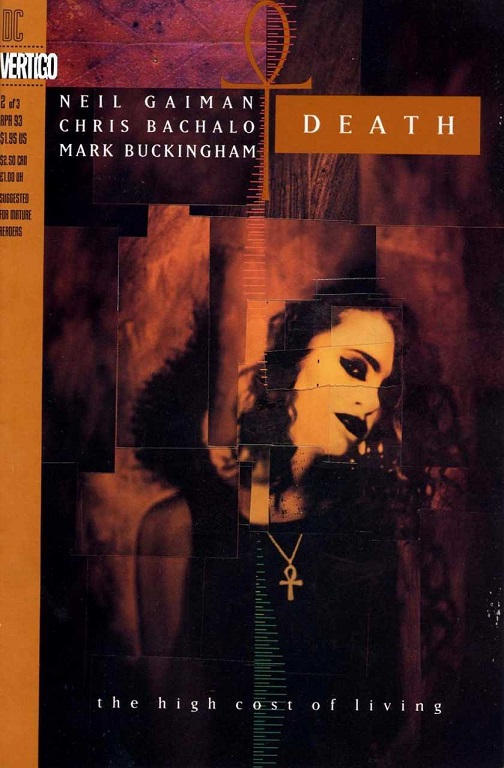 Created by Neil Gaiman, Chris Bacalo, Mark Buckingham and Dave McKean, this graphic novel is a spinoff of Gaiman’s hugely popular series, Sandman. One of the seven Endless (siblings who are considered to be the most powerful entities in the universe), Gaiman’s depiction of Death is not the black robed Grim Reaper. And in this graphic novel, we take a look at her life as she enters the mortal realm as a mortal – an event that happens once in a century! It is in this book that you realise that Death is kind, compassionate, loyal, and brave. Her encounter with Sexton, who is contemplating suicide, is one of the instances which will make you smile at the human Didi: beautiful, young, yet blessed with the wisdom of one of the Endless.

Barbara Thorson from I Kill Giants 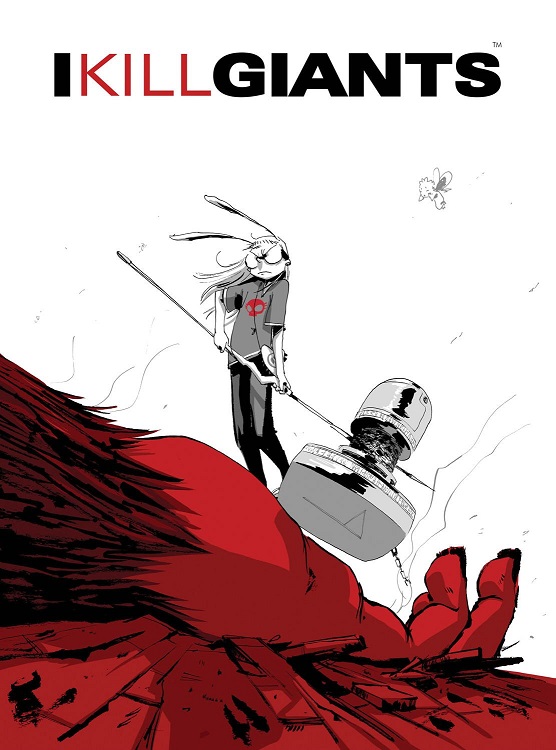 Created by by Joe Kelly and J.M. Ken Niimura, this book is about a girl in the fifth grade. Socially awkward, yet outspoken, the protagonist Barbara Thorson chooses to escape into a world of fantasy creating realms that only she has access too. The beautiful thing about Barbara is the fact that she is anything but perfect and the creators do not make a single attempt to turn her into a young girl who everyone aspires to be. What she really is, is a familiar misfit and a geek who would like people to believe that she kills giants. Released in 2008, this book makes you realise that it is indeed society that helps shapes a girl’s life according to what is expected of her. And the only thing left for little Barbara to do is imagine a world where she can truly be free. 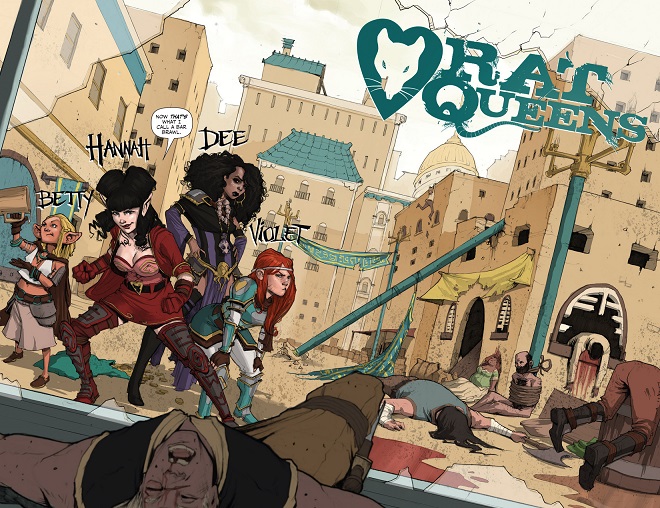 Written by Curtis J Wiebe and Roc Upchurch, this graphic novel introduces us to a beer-guzzling, cuss-uttering gang of girls who are quite literally out for blood. A group of mercenaries featuring an elf, a dwarf, a ‘little person’ and a human, the Queens live a hard life battling villains, assassins and misogynists. While you would expect nothing more than glorious action laden pages from this series, it surprisingly explores issues like relationships and alternative sexuality and even talks about a character being asexual. By introducing coloured characters, the graphic novel breaks away from the ‘white male hero’ stereotype that is always intrinsically associated with action and saving the day. Lastly, if not for the story, one must read Rat Queens for the artwork – to be able to depict pandemonium and chaos beautifully is not easy. 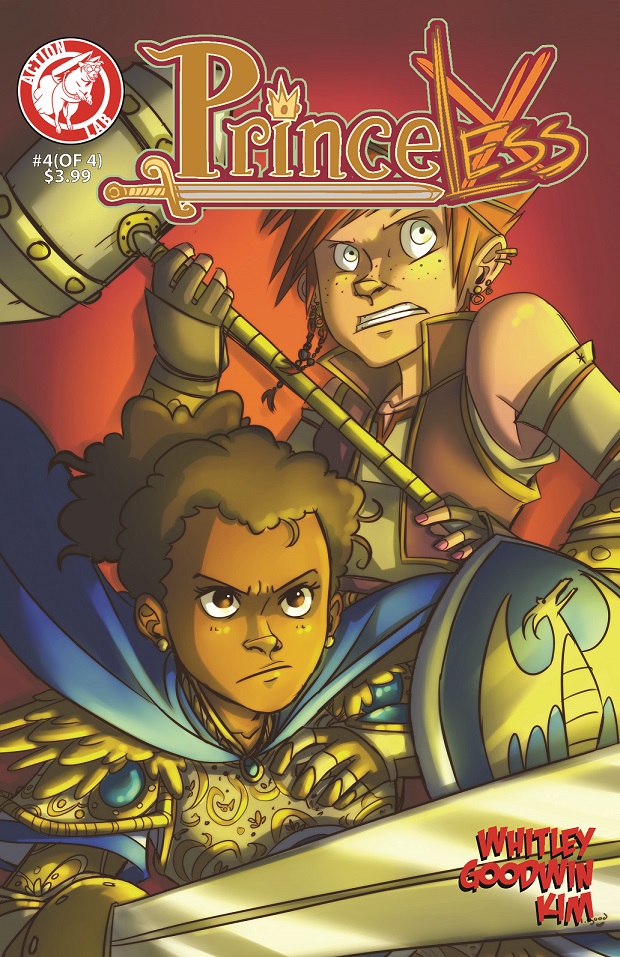 Tired of waiting to be rescued, Princess Adrienne, guided by her guardian dragon, decides that it is time for her to set out on an adventure of her own. One that involves battling dragons and freeing her sisters from towers they are locked away in. Created by Jeremy Whitley and M Goodwin, this Eisner Award nominated series makes the reader realise that it is always a good idea to save yourself than to wait indefinitely for Prince Charming to arrive. But that is not the only gender stereotype Princeless breaks! A little into the graphic novel, you are introduced to young prince Devin who is an absolute disgrace to his family. Adrienne’s twin, battles and victories do not concern this young boy who is happier pursuing knowledge. Lastly, there is the blacksmith’s daughter Bedelia Smith who has taken up her drunk father’s job. As Adrienne goes looking for a suit of armour that is more than a chainmail bikini, the two bond and a beautiful friendship is born.

4 thoughts on “Damsels in Distress… NOT!”