No one has a singular memory that is identical across the board for a region or time in history, aside from the fact that it was the recollection of a world changing or catastrophic event. They are like snap shots in the minds of millions, frozen as a bug in amber— a military coup, a political movement, a flood, a historic sporting victory, a bloody communal riot. But there are many smaller memories that bind together a people and community, memories of the hidden wonders of childhood, the smell of a fresh printed page, the joy hidden in black lines of a comics, the amazement of finding a world other than our own inside a printed frame. In Bengal, especially for all born after the 60’s this matrix of childhood memories is held together by characters from the oeuvre of a single graphic artist and writer Narayan Debnath. 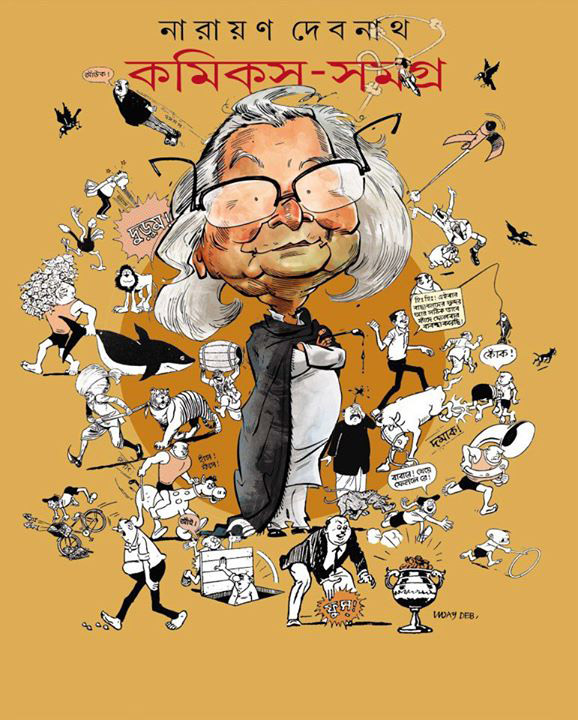 Debnath’s vast palette of characters have something to offer to every taste, he originally started his comics career with Handa Bhonda  at Shuktara Magazine  in 1962, when the comics as a medium was non existent in Bengali. This ‘Laurel  Hardy’ like duo with their internal tension and  alliances against the adult world of Bengal was an instant hit and lead Debnath to create one set of characters after another. In the similar vein of Handa Bhonda  another of Debnath’s famous comics is the irreverent Nante Phonte  started in the same magazine, about set of identical but unrelated boys and their antics in an almost Victorian boarding house run by a corrupt and lazy superintendent and populated by bullying older boys and adults. The lives of these characters echo the daily lived experiences of Bengal, from aunts widowed in their childhood to the privation of a school boarding house during the days of certificate Raj, these stories are from the very heart of the Bengali people. And it is due to their lived quality that they hold this magic hold over the minds of countless generations of Bengal. 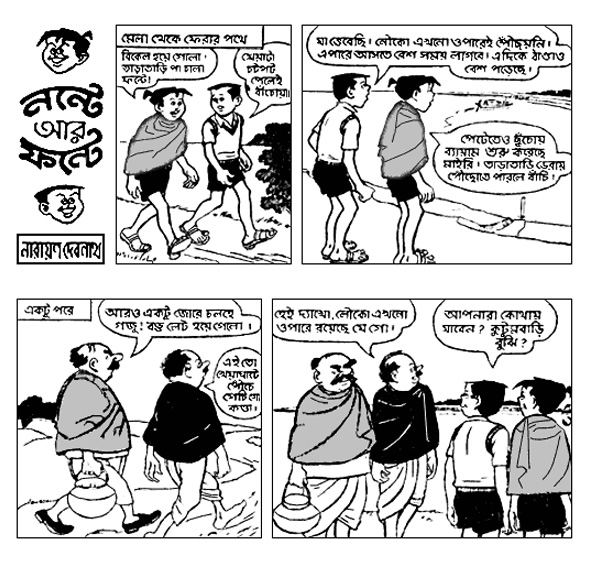 It can be almost certainly said that most children in Bengal have an image of lazy summer afternoons during vacations being peopled by the antics and adventures of Debnath’s characters. The most adventurous of the artists characters is no doubt Bantul The Great  a stocky strongman with short cropped stringy hair and a huge ballooning  chest, often said to be modeled on the famous Bengali body builder Manohor Aich  well known both for his diminutive height and fabulous physic. Though another probable source of the Bantul  character could be  the 1930’s British Comics strongman Desperate Dan  drawn by Dudley D. Watkins with a similar tone of exaggeration. 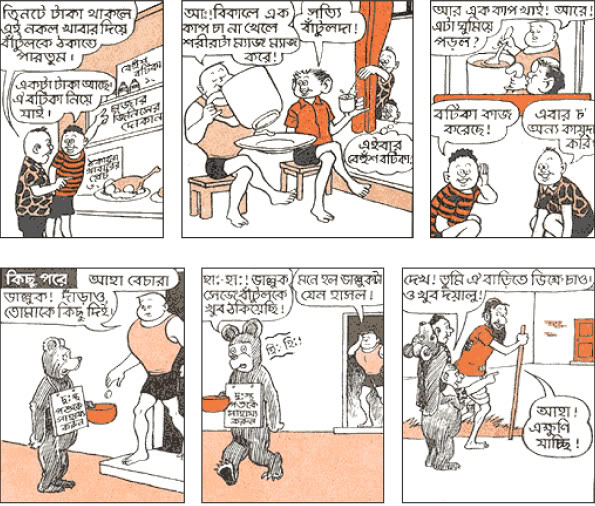 Another reason that Bantul sticks out amidst of other Debnath’s creations is because he is the sole Bengali superhero— sort of a Bengali man of steel. Able to run through walls and stop rail engines by simply standing on the track but interestingly the birth of Bantul’s super powers have a poignant and melancholy context.  Initially Debnath was against endowing his strongman character with any super powers but on the eve of the Bangladesh freedom struggle in 1971 when the Bengali community across the borders in both East Pakistan and India was feeling vulnerable and helpless during the pogrom and rapine at the hands of the Pakistani death squads, Bantul was given the power to withstand bullets and tanks at the request of the Shuktara Magazine almost as an act of political agency against tyranny and  state terror. 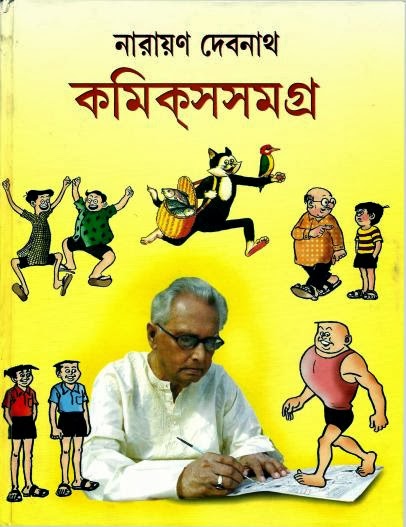 Though with the advent and access of more sophisticated and violent comics and cartoons from the global stage, the primacy of these quintessential Bengali characters has considerably waned, but their old world charm and innocence continue to enthrall and entertain many across the spectrum. From school children to aging grand parents can be seen eagerly buying up these comics every year at the Kolkata Book Fair, even in the present times.

– by Soham Bose
Soham is a development professional, translator, an avid blogger and amateur chess enthusiast. He stays in Kolkata, and has a long standing relationship with the city