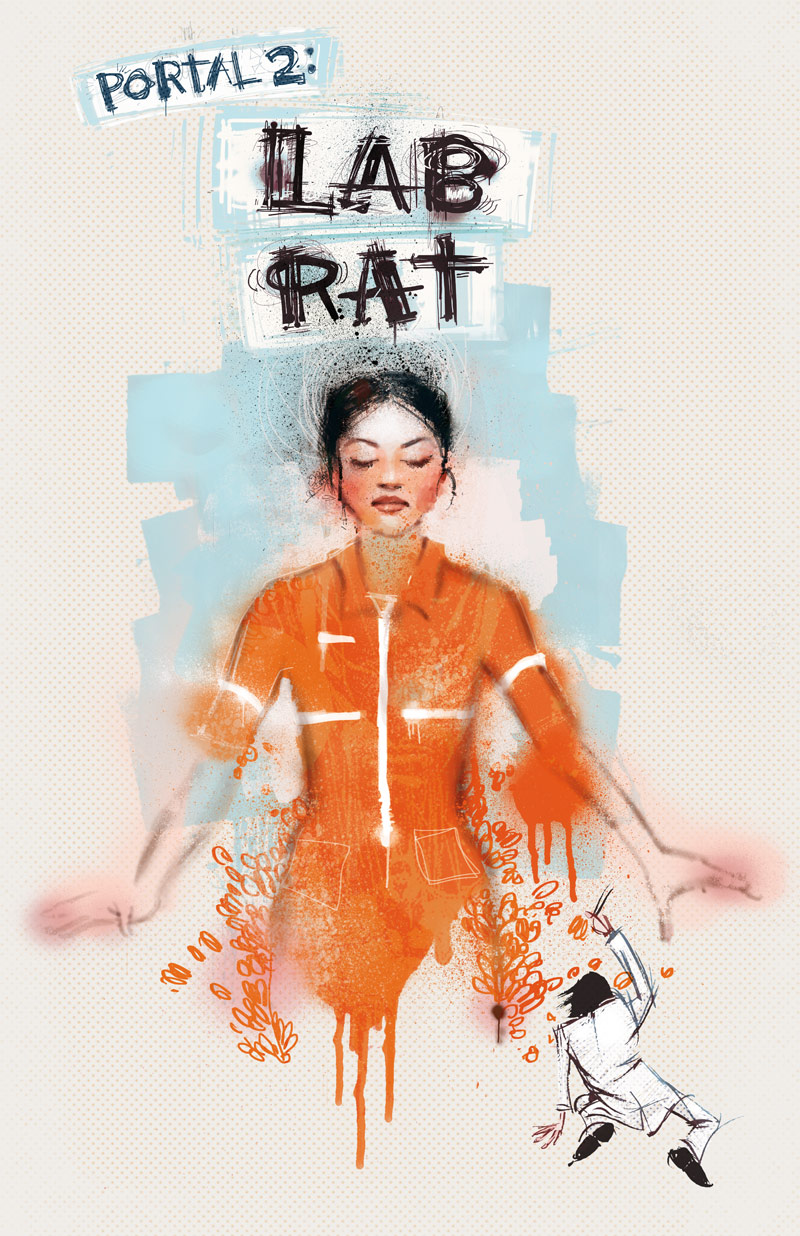 You wake up to the sound of a radio blaring in the glass room you’ve been in for who knows how long, and the friendly computerised female voice, which introduces itself as GLaDOS (Genetic Lifeform and Disk Operating System), the AI in charge of the test facility and your care. As you proceed ahead, you’re eventually handed a portal gun that is capable of only one thing: shooting a blue or an orange portal, that link to each other, in space-time. As the game progresses, the puzzles become suspiciously lethal and so does GLaDOS’ sarcastic attitude and promises of cake as reward. But the ingenious design of the levels and novel mechanics that you need to utilise to get past them is what keeps you going, until the end when you confront GLaDOS and she greets you with some neurotoxin. Keep in mind, you still have nothing but your portal gun. The game closes with the facility being destroyed and the protagonist – unconscious – being dragged away from the scene by an unseen entity with a robotic voice.

“He’s not just a regular moron. He’s the product of the greatest minds of a generation working together with the express purpose of building the dumbest moron who ever lived.” -GLaDOS
Winning a multitude of awards, including Game of The Year (Eurogamer, Gamasutra, Joystiq, GDC, 1UP, Goodgame, Shacknews), Best Puzzle Game for PC (IGN), Best Narrative (1UP), Valve literally blew everybody’s minds with this piece of art developed by less than a dozen people. GLaDOS is even #1 on IGN’s Top 100 Video Game Villains list. Check out the video on their website, it’s worth it, especially with the epilogue being the same radio music! So how do you follow up to such a clean sweep? Valve first creates an in house comic, designed, drawn and written entirely by the Portal team, known as Portal 2: Lab Rat, showcasing events leading up to the sequel of the original game, as well as narrating another dark and grim story, following Doug Rattman, a lab worker at Aperture Science, with a history of schizophrenia, and the protagonist, Chell, being brought back to the facility.

The art is incredible, with gashes, thick strokes, and random doodles that genuinely portray Portal’s dark atmosphere. Rattman’s associations with anti-psychotic drugs and his imaginary companion cube (that first features in the game) are not only well depicted, but eerily done. The younger-Rattman flashbacks contribute to the authenticity of the genre, and so does the ending, which is by no means “happy”. The murals drawn and warnings written by Rattman on the facility walls  are seen throughout Portal 2, a game which surpassed all expectations, so much so that it won even more awards than the original. I’d ask you to think outside the box on this, but obviously your box is broken. And has schizophrenia.

It’s not very often you come across a group so capable and talented that whatever they pull out of their magic hats is nothing short of brilliant, even when it’s not even their domain. Portal 2: Lab Rat is officially available for download (and online viewing) here.

The cake is a lie…

PS: Veterans might have noticed the lack of anything being written about the score, especially of Portal 2, which is as exceptional as the rest of this franchise. So here, enrich the next five minutes of your life with the end credits! No spoilers.

Aren’t the orbiting personality constructs icing on the… ahem

One thought on ““Reality is a story the mind tells itself…””