Abid Surti is perhaps a hero to all of us who have grown up in the 90s, devouring a steady supply of cartoons in newspapers and magazines. An author, a painter, a cartoonist and a screenwriter, Surti will always be remembered for the numerous lovable characters he created for children over the past few decades. With the publication of his first cartoon Rang Lakhudi in a Gujrati magazine in 1952, he became one of those very few cartoonists whose works were devoid of political commentary in that era. What he did instead was create a world of cartoons that encouraged children to explore the medium.

And of the many, many characters he’s created, Dabbuji is the most adorable and Bahadur, the superhero, is the one with quite an impressive fan following. And Surti tells us that not only does Bahadur poster adorns the wall behind Shah Rukh Khan’s work space, Aamir Khan too expressed his love for the character when he met Surti for the first time at the Slumdog Millionaire launch party! Over the years, his fan base has included names like Amitabh Bacchhan, Atal Bihari Bajpayee abd spiritual leader Osho. “At some of his talks, Osho used to read out my weekly cartoons to make sure things didn’t get boring. He actually urged people to look beyond the obvious laughs that the cartoon had to offer. He used my work to encourage critical thinking. I am thankful to him for actually letting people know that cartoons are more than just what meets the eye.” But while most people love Bahadur, Azad, yet another character created by him was a personal favourite of Raj Kapoor’s. “Raj Kapoor was a huge Archie comics fan,” Surti tells us. “Azad was first published as a weekly in an illustrated magazine. And five weeks into the story, I got a call from his office and I was asked to meet him.” What followed was perhaps one of the fondest memories of Surti’s life. And as he talked to Kapoor that night, he realised that the filmmaker not only knew where Azad was headed, he in fact wanted to make a film about him! “Sadly he passed away before the plan could be put in motion…” reminisces the cartoonist.

And as Surti recieved the Lifetime Achievement Award at Bangalore Comic Con 2015, there was an inevitable question we had. What was life for a cartoonist who excelled during an era that wasn’t defined by electronic communication? “For me, being a cartoonist of the 90s was an incredible experience. I met a lot of people, made fast friends for life and I was a part of a world where we had the freedom to speak our mind.” Needless to say, that is what Surti misses the most about the 90s. “A world where cartoonists are killed and jailed for being honest is something I couldn’t imagine back then. Today, politicians hate us cartoonists. They are ashamed of their public images being tarnished. In fact they are terrified of people seeing their true faces! I don’t think I can name a single politician who can actually encourage us the way we were encouraged back then.” As the conversation progresses, we realise that Surti believes that the true spirit of cartooning is rapidly dying out with the print media not respecting cartoons enough and digital media supporting only the popular. “Cartoons, in my experience, have been the most insignificant part of a newspaper. Editors most of the time fail to understand that cartoons are not merely child’s play. They are quite an accurate depiction of the times we live in. But thanks to their disregard for our work, they choose to replace a cartoon with an ad without a second thought. And the creators these days also completely lack commitment to their creations as well. They are either busy running after money or popularity.”

Needless to say, recent internet trends and popularity is something Surti can’t get himself to be familiar with. “Good cartoons are about having a good thought and great stye,” he explains. “You have greats like Mario Miranda, Manjul and R K Laxman who created history! And when I see carelessly drawn cartoons these days getting popular, I not only realise that the consumers don’t care about this anymore, I also realise that creators themselves are not as honest as they should be. It isn’t the form that they care about… They care about inconsequential things like money and popularity,” he sighs. “When you look at these viral phenomenons that take over the masses, you realise how easily people are swayed by a momentary distraction. They lose their hearts to it… but a few weeks later they completely forget it and obsess over something new,” he laughs. And about his own playground, the realm of children’s comics in India, Surti has some thoughts to share as well. “Children need good comics to appreciate the value of comics. Some decades ago, creators were taking an active interest in generating stories for children, now I mostly see adult content. While I will admit that children these days are way advanced than what we were at their age, they still need stories. And it is important to understand that children are curious by nature and comics automatically appeal to them. So instead of only giving them adult options, more creators need to tell them stories that don’t snatch the rest of the childhood away from them,” he smiles.

Though Surti is widely renowned for being a writer and a cartoonist, that is not all there is to know about him. In 2007, he undertook a brilliant initiative to repair minor plumbing problems in the households of Mumbai. Christened the Drop Dead Foundation, Surti still goes on his rounds at slums accompanied by his plumber and a volunteer. “I love doing this,” begins Surti. “Not only do I get to make new friends, I also get to hear new stories and experience the love and warmth of absolute strangers who are genuinely pleased to get the help,” he says. 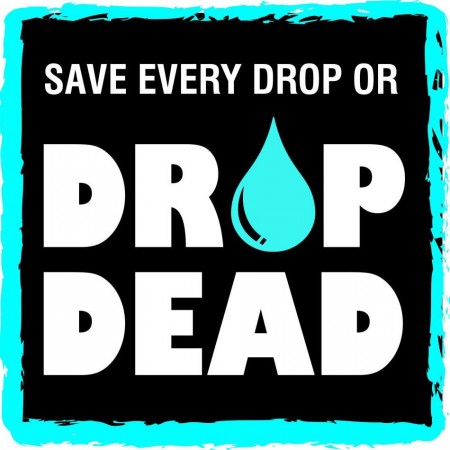 The recipient of the Lifetime Achievement Award at the Bangalore Comic Con 2015, needless to say, Surti is thrilled. “It is very touching to receive this great award,” says the National Award winning cartoonist. “The best thing I liked about this is the fact that you can’t really buy an award from them. In my years of experience, I have seen so many people buy awards for lakhs to satiate their egos, but Comic Con believes in doing justice to the Lifetime Achievement Award,” he says.

And as our conversation comes to an end, he leaves us with some thoughts of his about the Comic Con to ponder over. “I first encountered the Comic Con in 2011 when I was asked to inaugurate it. The best thing I liked about it was that I felt so young when I was at the venue full of youngsters. Comic Con tries their best to help cartoonists like us. Agreed that the merchandise stalls outnumber publishers and creators, but there are two important reasons why that happens. Firstly, I don’t think too many creators have warmed up to the idea of this convention thanks to the steep stall prices. To be honest, not all of us can easily afford a stall. The second reason is that merchandise is an easy way to make money. So when you are organising an event of such proportions, it isn’t wrong to want to make profits.”

2 thoughts on “The Legend of Aabid Surti”